Building People through Essential Business – A Family Story about Legacy

This story is dedicated to my daughter Harper who just entered the maintenance phase of her cancer journey after nine consecutive months of fighting. I love you Harper and I pray that one day you will read this story and it will help you through challenging times in your career.

By writing this in the first person, my biases and personal experiences will shape the content of the story. Yet, just as our service minded team brings their authentic selves to pools and landscapes in South Florida each day, I want to bring a transparent and relatable story about family life and business at Reef Tropical to readers and followers. Maybe the story may move people towards action and shape beliefs, but primarily, it is a story of ethical and empowering leadership within a dynamic and competitive work environment.

END_OF_DOCUMENT_TOKEN_TO_BE_REPLACED

Plants can offer more than good looks and curb appeal—and flowers are more than eye candy for your South Florida property when you choose aromatic plants that smell great. You can literally enhance the sensory experience of your outdoor living space by selecting plants with fragrant blooms, leaves or bark. There is the subtle yet true cinnamon scent from the peeling bark of the aptly named Cinnamon Bark tree—and the floral perfume aroma from gardenia. Great smelling plants and trees add another layer of interest to your landscape that you can’t see, but you can experience.

So, what are some of the best smelling plants in South Florida to enhance your landscape? Here are 10 you can include in your landscape.

END_OF_DOCUMENT_TOKEN_TO_BE_REPLACED Shade trees provide reprieve from the South Florida sun—they cool down your landscape and make outdoor spaces more enjoyable, even during the hottest times of day. Not to mention, shade trees are beautiful specimens! They introduce character, texture and color to the landscape year-round.

We’re fortunate in South Florida to have a variety of shade trees that thrive in our acidic soils. You’ll find a range of flowering trees with showy, vibrant color—and plenty of non-flowering shade trees that offer other fine qualities: textured bark, eye-catching foliage and interesting branches.

Since we already shared the top 10 flowering trees, let’s get to know the best shade trees for South Florida. It’s time to think beyond the classic palm tree and consider some of these picks, several of which are natives.

END_OF_DOCUMENT_TOKEN_TO_BE_REPLACED Now is the time when snowbirds are planning their escape—they’re preparing for warmer days, balmy evenings by the pool, and plenty of time outdoors in the Florida sun. South Florida property owners who winter here want to make the most of their experience during the season.

Landscape enhancements that are performed now roll out the welcome mat. That includes putting down fresh mulch, replacing plants that have weathered damage, cleaning up the landscape (leaves, debris), and popping fresh flowers into beds. Not to mention, South Florida got hit hard in early fall with tropical storms, so some properties might require more attention than usual to prepare the landscape for time in South Florida this winter.

END_OF_DOCUMENT_TOKEN_TO_BE_REPLACED After The Storm: Disaster Clean-Up After Hurricane Irma Destroys the Landscape & Pool

Many who have lived or visited The Keys for decades say this was the worst storm they experienced in their lifetime. Ninety percent of homes suffered some type of damage, according to a report issued by the Federal Emergency Management Association (FEMA). Irma destroyed 25% of houses in the Florida Keys, with 65% of homes weathering significant damage.

Now that the winds have died down and flood waters are settling, we face an overwhelming hurricane cleanup task that demands assistance from qualified, experienced professionals who can be on call around the clock.

END_OF_DOCUMENT_TOKEN_TO_BE_REPLACED How To Protect Your Pool and Landscape During Hurricane Season

The Florida Keys are a sought-after destination for tourists and property owners who own vacation homes in South Florida and appreciate the area’s stunningly beautiful environment. The beaches, the oceanfront homes, the luxury living and tropical climate make The Keys a true paradise. But nature isn’t perfect—hurricanes are a reality here, and you want to protect your pool and landscape from damage.

With hurricane-force winds, coconuts from your amazing palm tree become missiles and flying patio furniture can break through windows. Pools without proper overflows installed can flood.

The good news: You can prevent further property damage and protect your landscape and your pool during hurricane season by taking some precautions.

END_OF_DOCUMENT_TOKEN_TO_BE_REPLACED

Vibrant blooms are a focal point in the landscape, and there are a range of flowering trees that thrive in South Florida and introduce color, texture and shape to your property.

These are all questions to think about as you consider which flowering trees suit your needs and taste. Here is a list of our favorite 7 flowering trees for South Florida.

END_OF_DOCUMENT_TOKEN_TO_BE_REPLACED What Is Heavy Pruning and Why Is It Important In South Florida?

But when plants are only lightly pruned throughout the year, you’re essentially removing new growth. By trimming every few weeks, plants’ leaves and flowers never reach their full potential. Instead, you get a “nice looking” flowering plant or “just fine” shrub. We have higher standards for the landscapes we maintain, and annual heavy pruning is important for achieving lush, healthy plants.

We know it seems counterintuitive to prune back up to a foot of growth, even removing most foliage. But the reality is, heavy pruning is much better for plant health and appearance than continuously trimming back.

Here’s why heavy pruning is beneficial for your South Florida landscape if you want your plants to peak perform.

END_OF_DOCUMENT_TOKEN_TO_BE_REPLACED

Gas Powered vs. Electric Leaf Blowers: Which Method Is Best?

Noise pollution is a real, viable concern in many South Florida condominium communities, country clubs and neighborhoods. The sound of gas-powered landscape equipment can interfere with guest experience at a resort, or diminish quality of life at home.

One thing many property owners in Monroe County share is a love for their surroundings. It’s the reason they choose to spend time in South Florida at a second home, on vacation or as a full-time resident. As a property manager, that means finding ways to preserve the natural setting and seeking out sustainable options for landscape maintenance.

But let’s fact it: Leaves need to be blown out of landscape beds, and grass clippings should be whisked away from edging and off walkways and driveways to maintain an attractive property. The equipment used for leaf and debris cleanup can be loud if it’s gas-powered. And, cleanup happens during daytime hours when people are out enjoying their properties.

The good news is, there are alternatives to gas-powered blowers—and we’re talking about quiet, battery-powered leaf blowers that can significantly cut down on noise pollution. As a property owner or facilities manager, you should have a choice: gas powered or electric leaf blower?

Here are some facts about gas and electric powered hand-held equipment that landscapers use, along with pros and cons so you can make the best decision for your Florida property.

END_OF_DOCUMENT_TOKEN_TO_BE_REPLACED

The owner of a home in the Florida Keys called us because he wanted to install a driveway. The request seems simple enough—but because the project would mean removing trees that are part of a hardwood hammock, there was much more involved.

The fact is, there is a lot of protected land in the Florida Keys, including native hammock and other conservation easements. Tropical hardwood hammocks are canopy forests with a diverse range of native species. Hammocks are located throughout southern Florida, and in concentrated areas of Monroe County. Native hammocks are carefully protected land because of their importance in sustaining wildlife.

The Keys hammock area is attractive to some homeowners because of its natural beauty. However, the Florida Keys hammock has been threatened by development, so there are regulations on how one can alter the land. It’s important to know before you buy a property on the Florida Keys that the hammock is protected land.

Going back to the driveway example, the property owner did eventually get approval to remove some vegetation to build. But first, a biologist had to conduct a vegetative survey at the owner’s expense. Then, rat, snake and snail surveys were performed to determine how removing some of the hardwood hammock from the property would impact this wildlife. The whole process took about nine months, and in the end the homeowner had to pay about a $10,000 mitigation fee for removing the trees—and that’s before the driveway project could begin.

If you purchase a home or build in the Florida Keys hammock, here’s what you need to know about landscape restrictions and how owning land in the hammock or on a conservation easement could impact your ability to change the landscape. 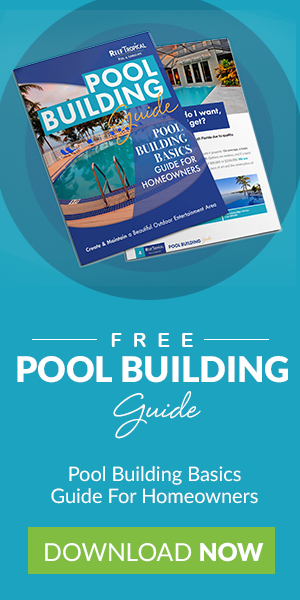